Some poor women from the indigenous Mukkuvar Fisher Folk Community have been forced by circumstances such as widowhood, alcoholic/ sickly husbands, and lack of education / job skills to undertake the hazardous occupation of head load fish vending. They purchase a quantity of fish from traders at the seashore, carry it on their heads and sell it door to door at distant towns and marketplaces. They were facing various problems that prevented them from earning sufficient profit even though their income is crucial for providing food, education and healthcare for their children.

In combating the lack of capital, skills and infrastructure, OCD has been supported by several prestigious International Funding Partners, who are: 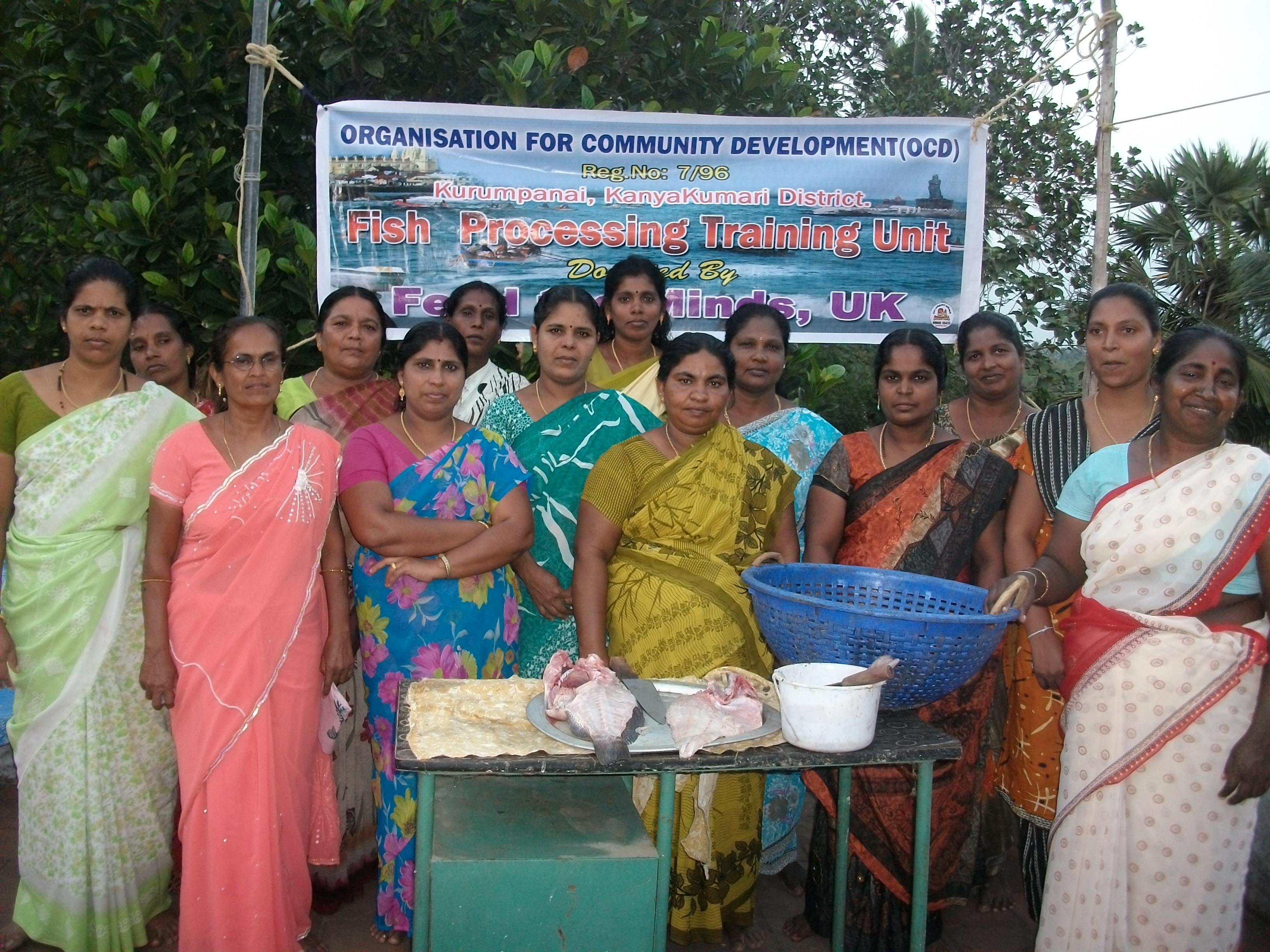 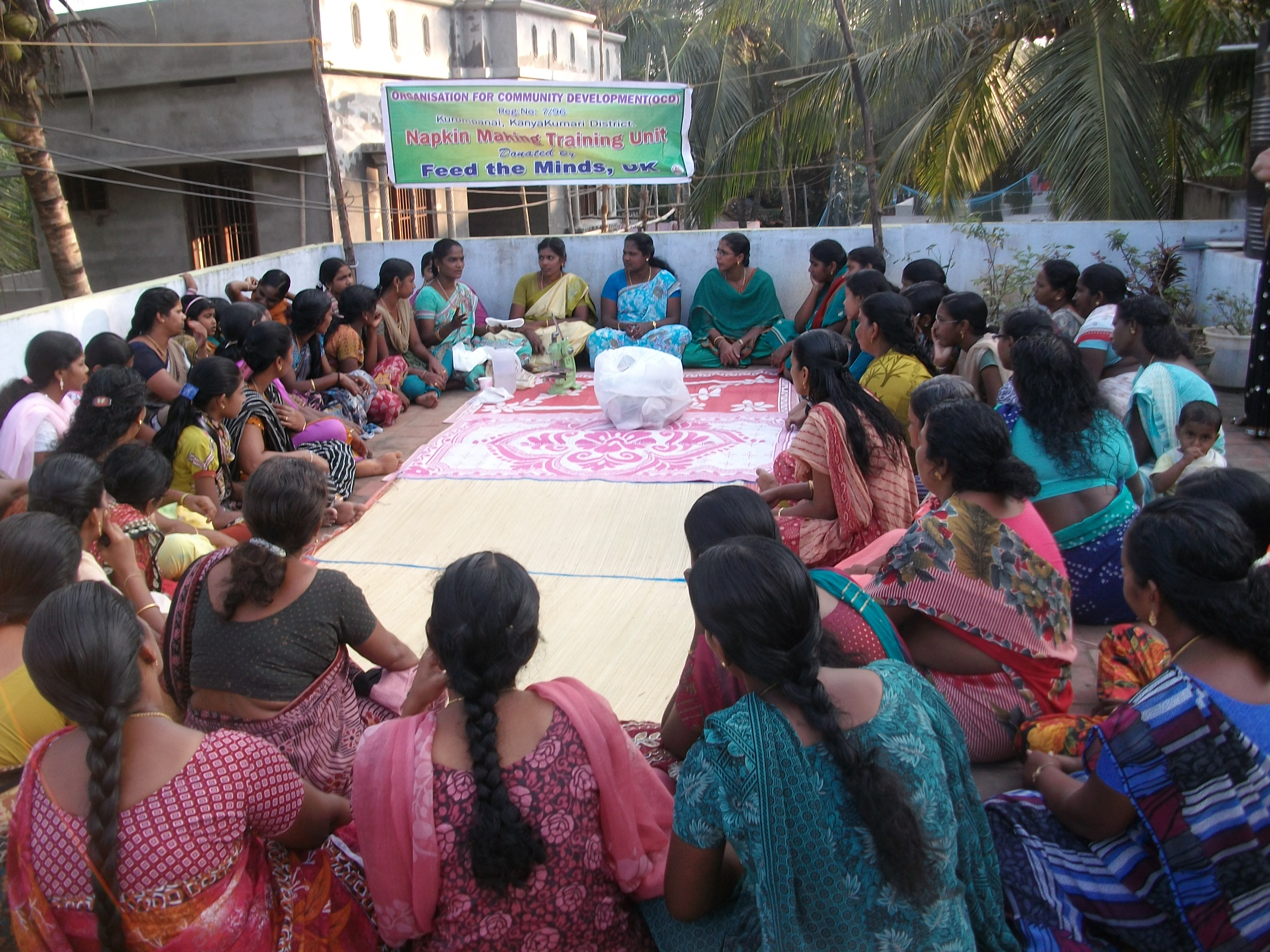 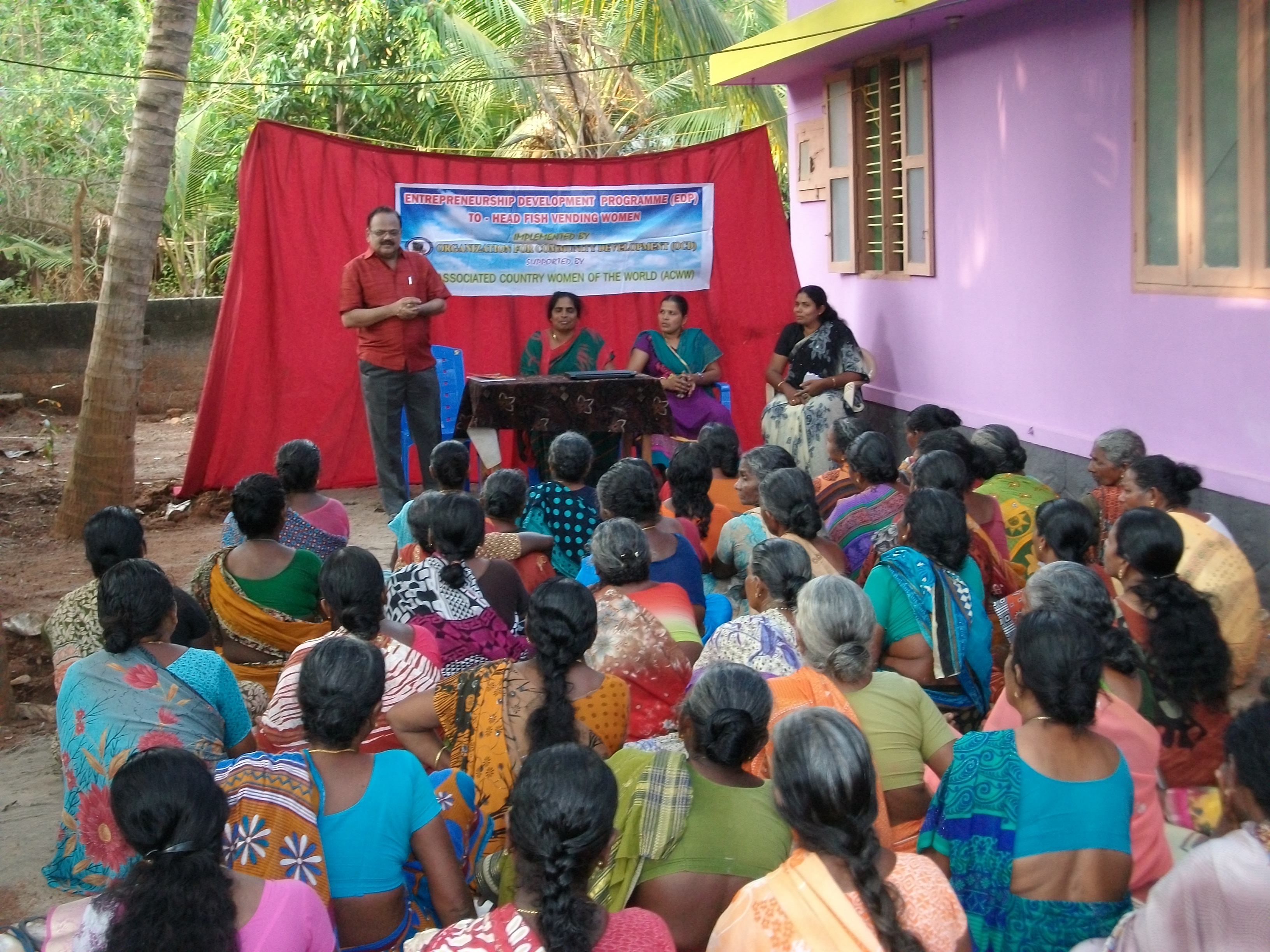 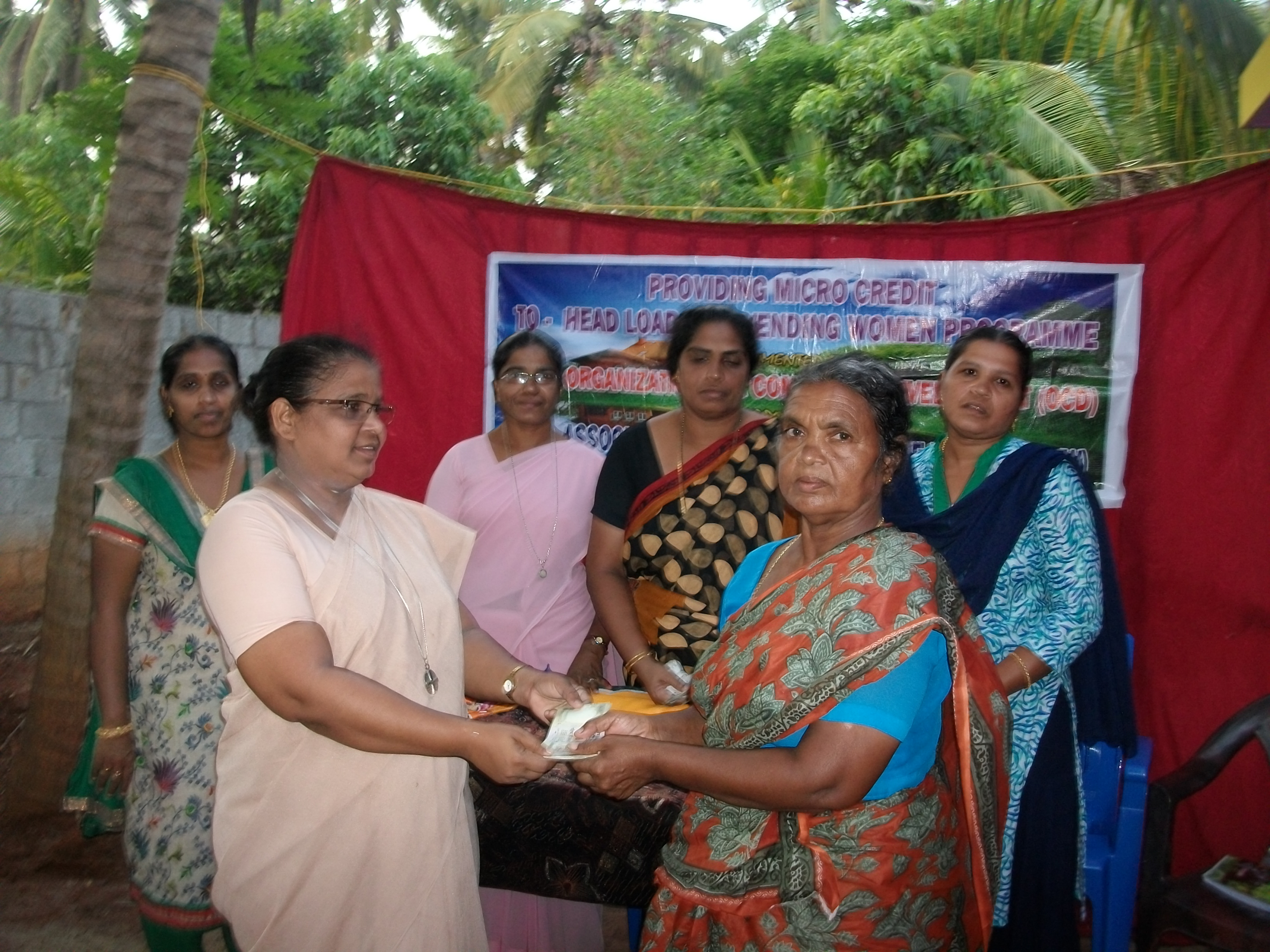 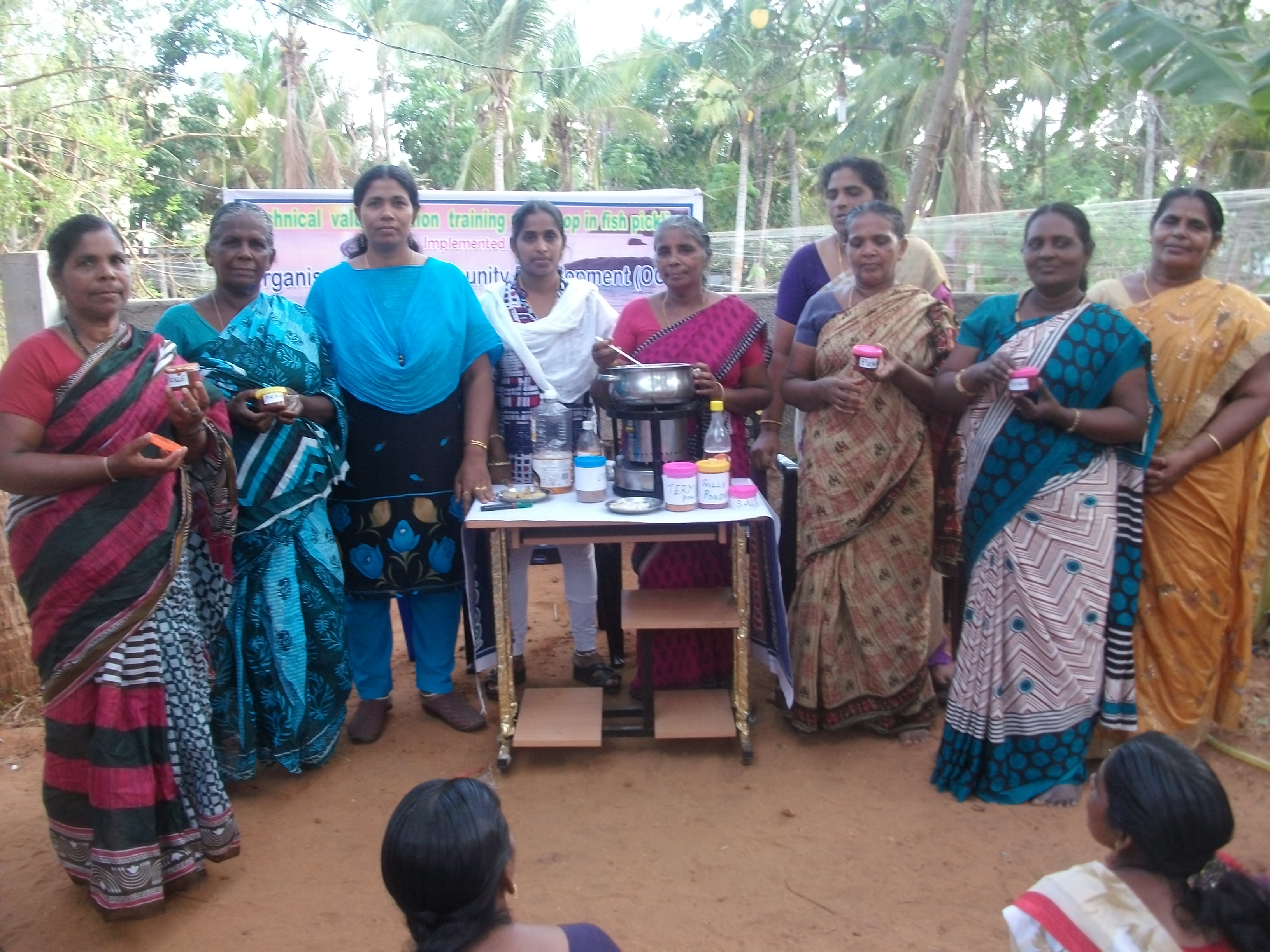 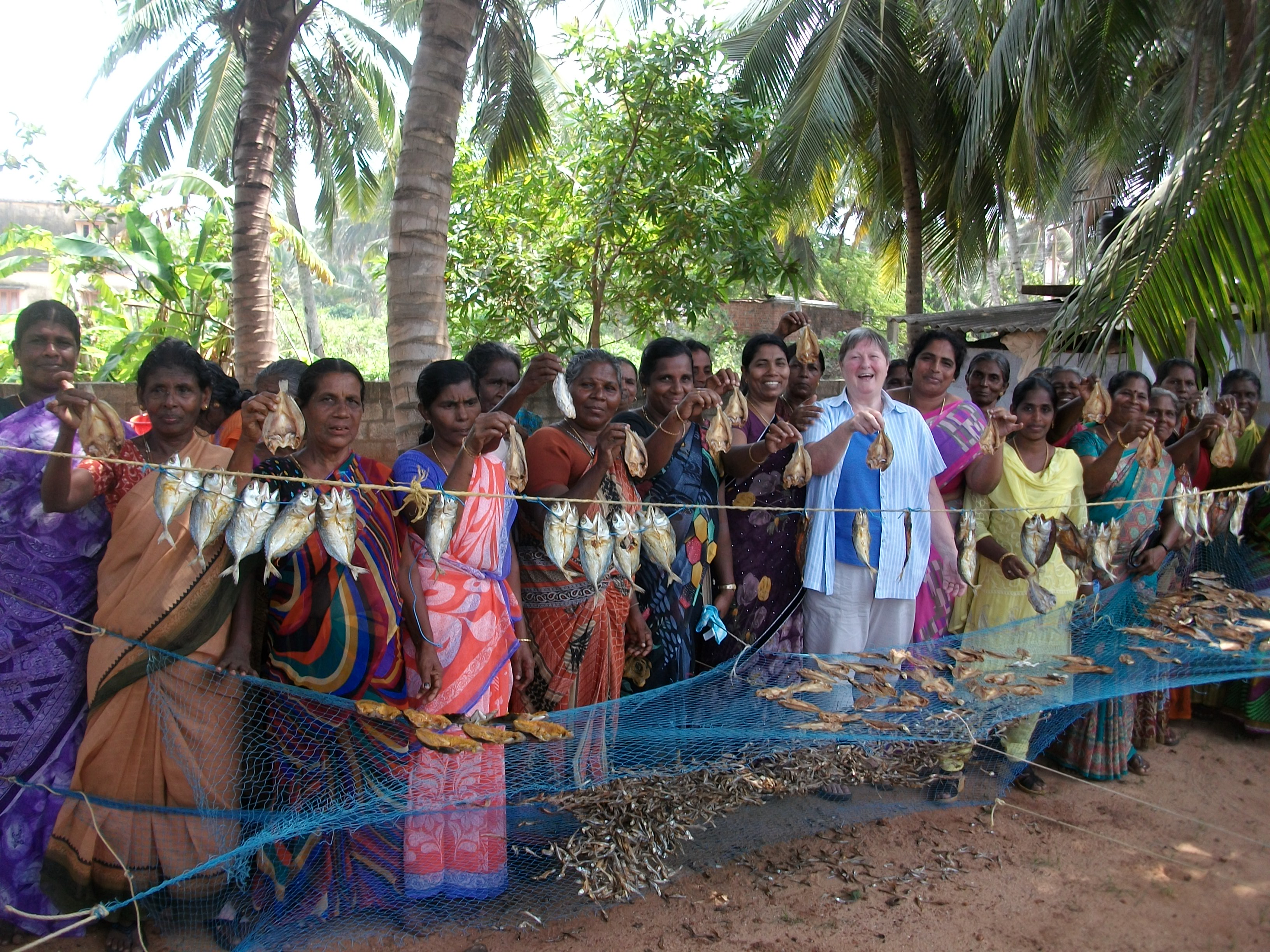 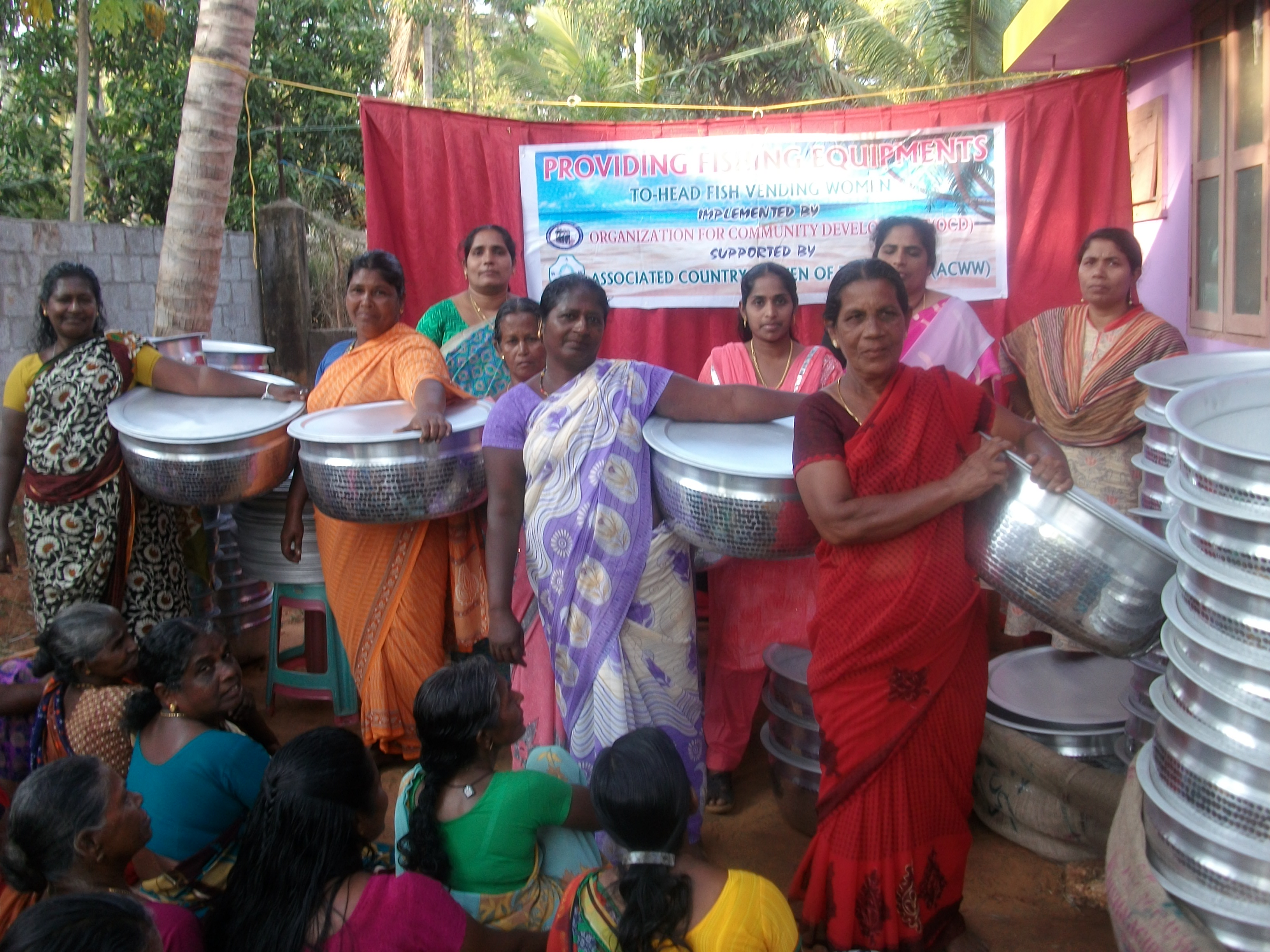 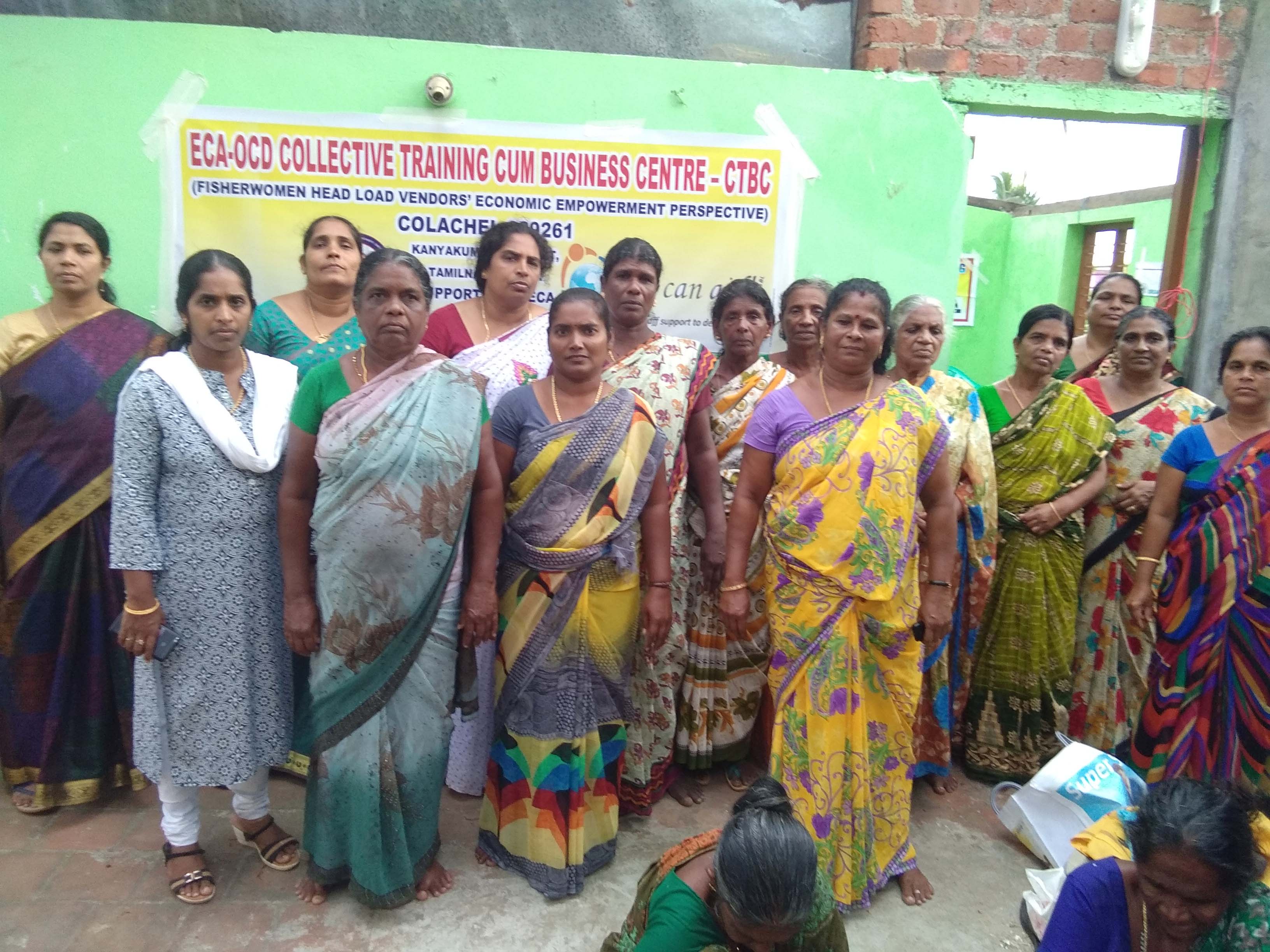 IPAF with Tebtebba Foundation, Philippines supported a Economic Empowerment project to 400 members of the Young Women of the Indigenous Mukkuvar Community from 10 coastal villages of kanyakumari district in Tamilnadu state -India were provided Traditional Sea Foods and Handicrafts trainings and forming Cooperative society and the following activities are given below:

The trainings provided on Entrepreneurship, Leadership, and Basic Literacy and Numeracy Skill Trainings in Production of

The Young Women Income Generation Groups (YWIGGs) from all the 10 villages federated have been and formed into a Cooperative Society which legally registered. Production and marketing undertaken through the Cooperative. The project has been provided the Cooperative with seed capital which extended as revolving loans to the members. Selected office-bearers of the Cooperative provided training in Information Technology to enable them to undertake Market Research & Analysis and Networking.

Children belonging to the indigenous Mukkuvar Fisher Folk Community face several hurdles that prevent them from gaining higher education, getting prompt health care and accessing opportunities for a good future. The women head load fish vendors are the sole bread winner of their families and lack the finances, education or awareness to help their children develop to their full potential. Many children drop out of school and the cycle of poverty is repeated.

OCD’s efforts to ensure rights of these children and to facilitate their development have been supported by funding partners such as: 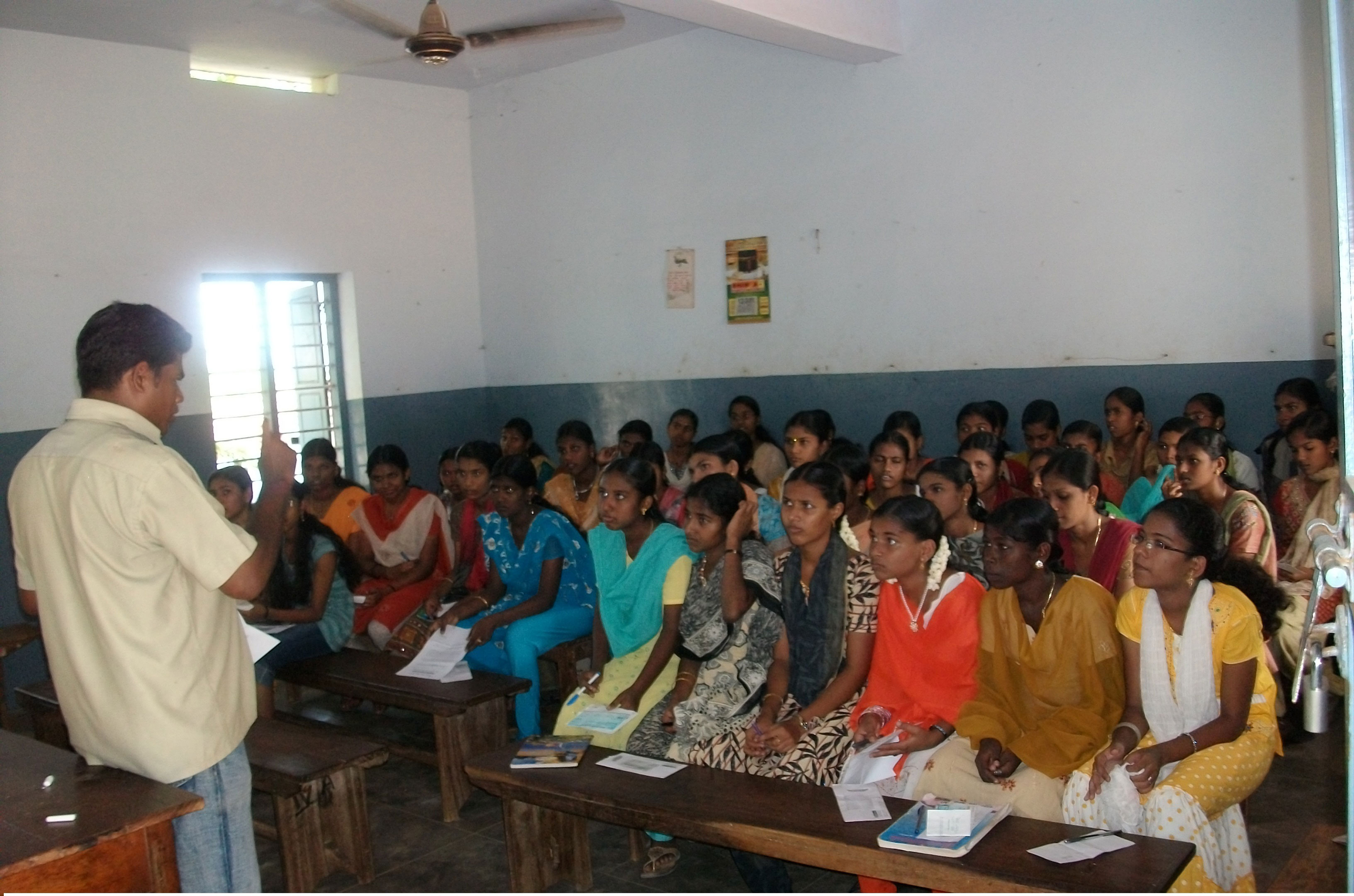 Career Guidance to Girls on completion of School Education 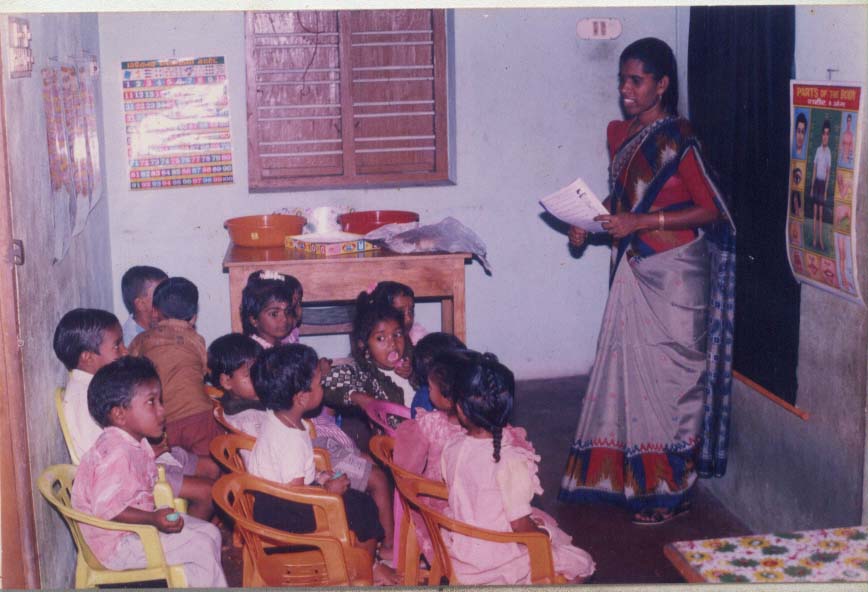